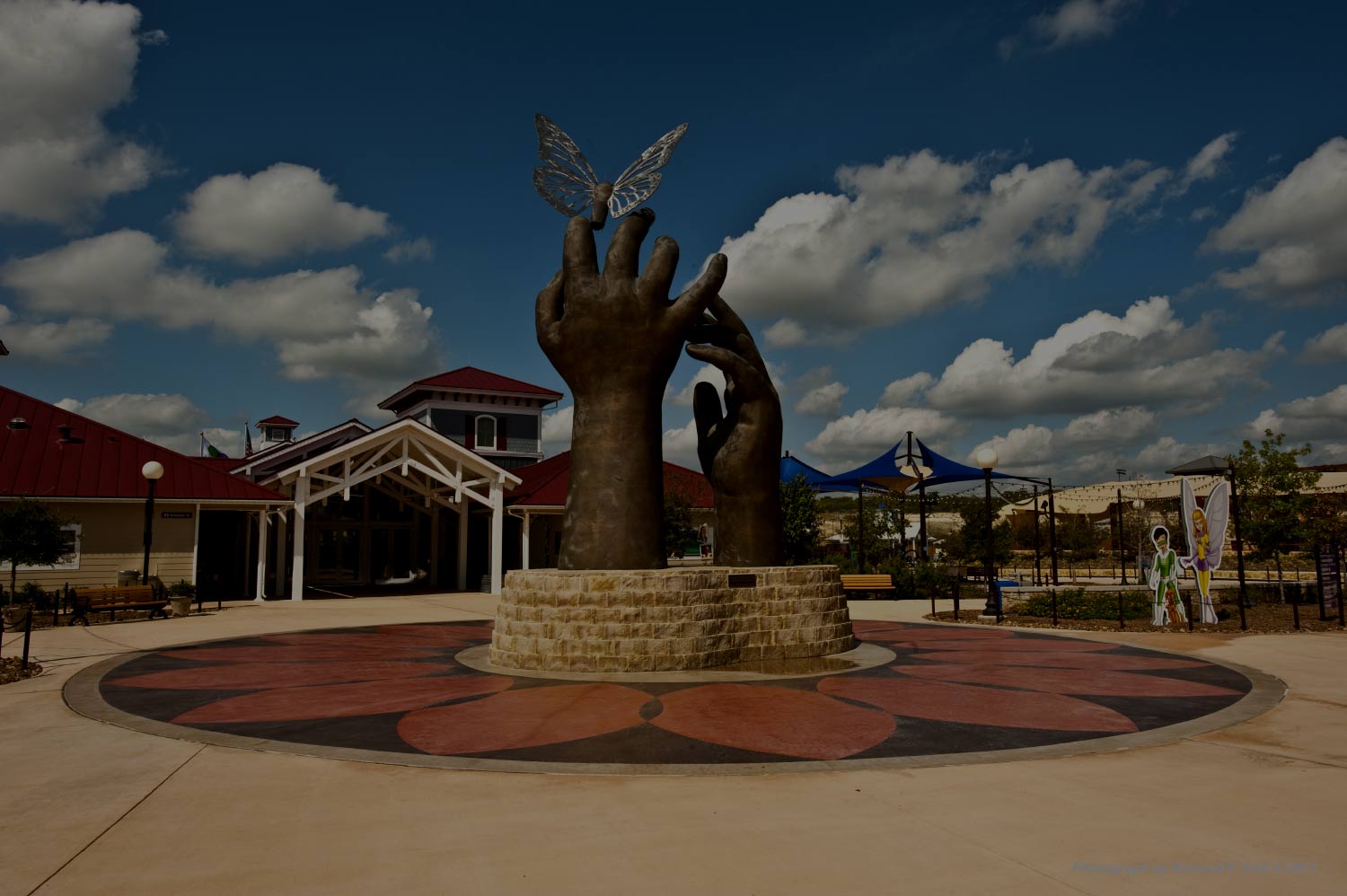 Creating Dynamic Sculptures . . .revealing
the heart and history of humanity 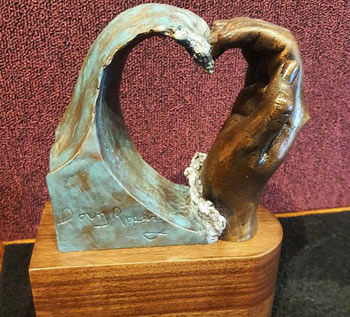 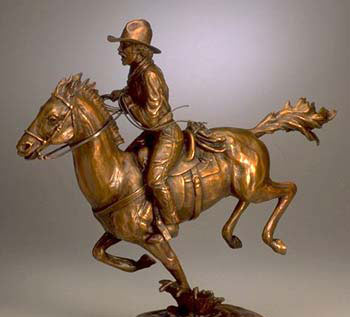 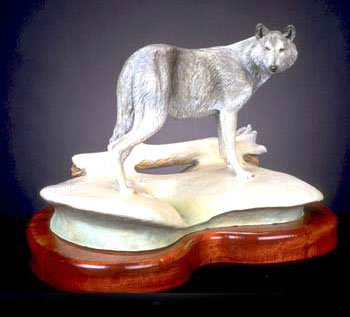 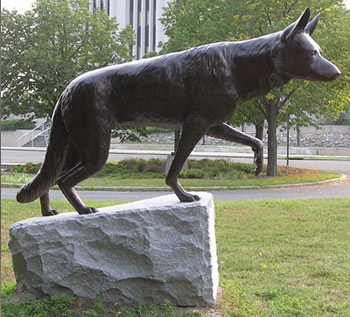 Welcome to my cyber gallery. You will see some of my sculptures and get a sense of what I have been creating.

My art is an intricate part of who I am and reflects my view of the present and the past. As a person of strong faith I believe my talent is a gift from God, and strive for perfection in my life as well as my work.

Please contact me if you wish further information on any of the pieces or if you are interested in obtaining new or existing limited edition work. 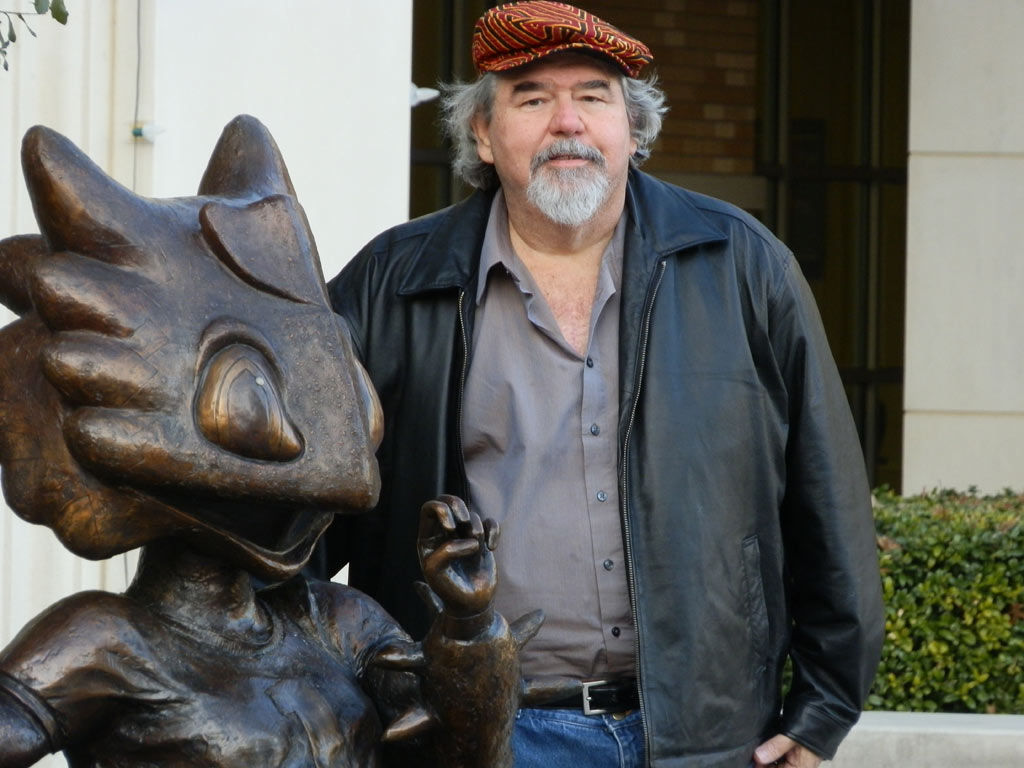 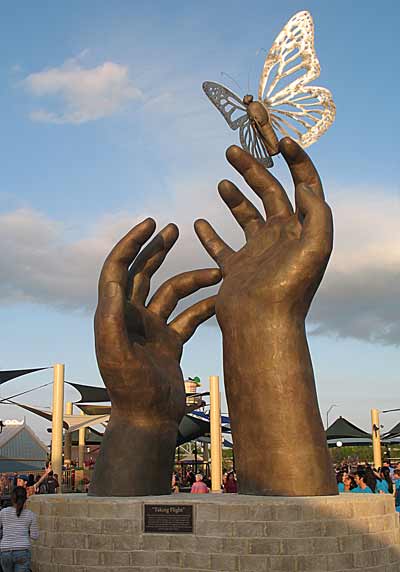 On April 10th, 2010 in San Antonio, Texas grand opening festivities were held to officially unveil the ‘Taking Flight’ sculpture which is 25 feet tall and contains 6,200 pounds of bronze and 1,500 pounds of stainless steel. Doug donated nearly 80% of his time and design fees to create the bronze sculpture of two hands holding a monarch butterfly. The hands are cast bronze using the lost wax method and the Monarch butterfly wings are 5/8-inch stainless steel. The enlargement of the original clay sculpture and it’s armature were formed out of Styrofoam with steel bracing covered by a half-inch of classic clay. At the time of installation, this sculpture was considered the largest cast bronze in South Texas.

Doug said “My inspiration behind the sculpture came from a photo on the Gordon Hartman Family Foundation website — the non-profit behind the creation of the park—which has an adult and child reaching up with a butterfly flying above. The butterfly is used throughout the park as a symbol of metamorphosis that symbolizes children experiencing unrestricted play, in spite of physical limitations.”

Taking Flight sculpture done for Morgan’s Wonderland was cast at Deep in the Heart art foundry in Bastrop Texas. All of my other sculptures were cast at Stevens Art Foundry in Bulverde, Texas.

Doug Roper’s love for art and history began with his childhood in Europe, Central and South America, Southeast Asia and the U.S.  Encouraged by the noted sculptress Waldine Tauch, Roper’s formal training began at the Warren Hunter School of Art in the 1970s.  He is a life member of the Coppini Academy of Fine Arts.

Most of the studio photos were taken by Anson Seal noted San Antonio photographer.

Doug’s limited edition sculptures can be seen at The Carriage House Gallery.

The gallery is owned & operated by regional exceptional artists, founded in 2003, Doug was one of the founding partners.

Contact Doug Roper for details by calling 210-844-6233 or emailing droper@dougroper.com.