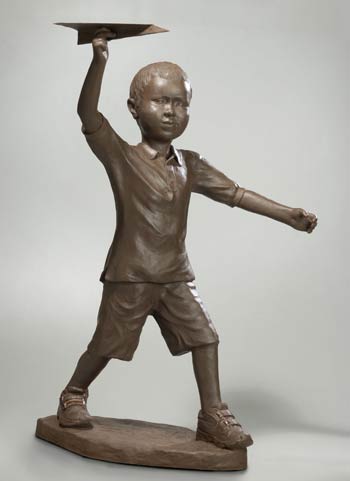 After several unsuccessful attempts to launch the paper airplane, I watched Jared concentrate on his technique. With a subtle smile on his face, he prepared to watch the plane fly across the yard.

This is the original work in clay. The limited edition bronze is available.

Angels, scripture tells us, are used as heralds to pass on messages and judgments from God. Scriptures tell us that angels are sent by God to deliver messages and judgement.  I believe that God continues to use them as He seeks a personal relationship with his children.

I am sometimes asked where my inspiration comes from. As I was working on a commission of a two year old little girl named Rachel for her parents, the comment I most heard in my studio was: “She looks like such an angel.” at that moment I envisioned an angel taking flight and blowing a shofar (ram’s horn trumpet). 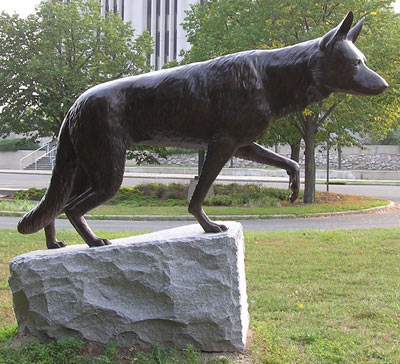 The sculpture depicts a German Shepherd as if it’s ready to step into the unknown danger ahead.

The monument is dedicated to all the K-9 Soldiers, WAR DOGS OF AMERICA, who have served this nation faithfully and well from the Revolutionary War to the present day as scouts, sentries, and members of search and rescue teams. Serving in all branches of the armed forces, these courageous canines have saved thousands of soldiers, often at the cost of their own lives, and have brought a touch of home to the madness of the battlefield.

This bronze is two times life-size and stands 48 inches tall from the paw to the shoulder. It is mounted on a granite base. It was installed in the spring of 2005, in a park in Suffolk County, Long Island, New York 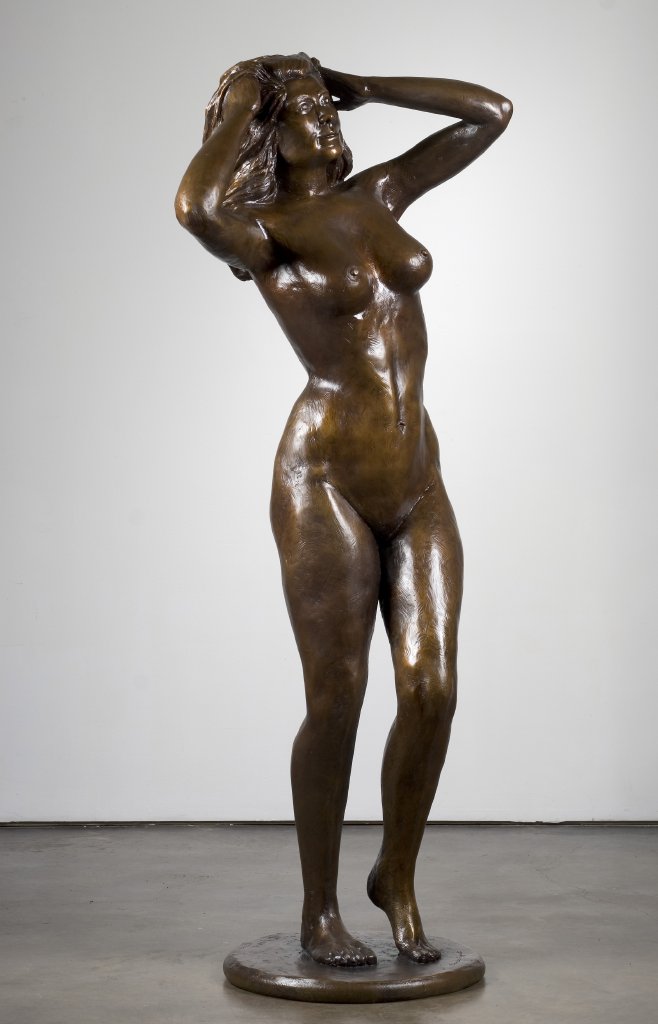 So named because it was a “shy gift”. I was approached by a husband who wanted a tasteful nude sculpture of his wife.  When I met his wife, I realized that she was very shy but  was willing to pose to please her husband. They were both very happy with the final work of art. 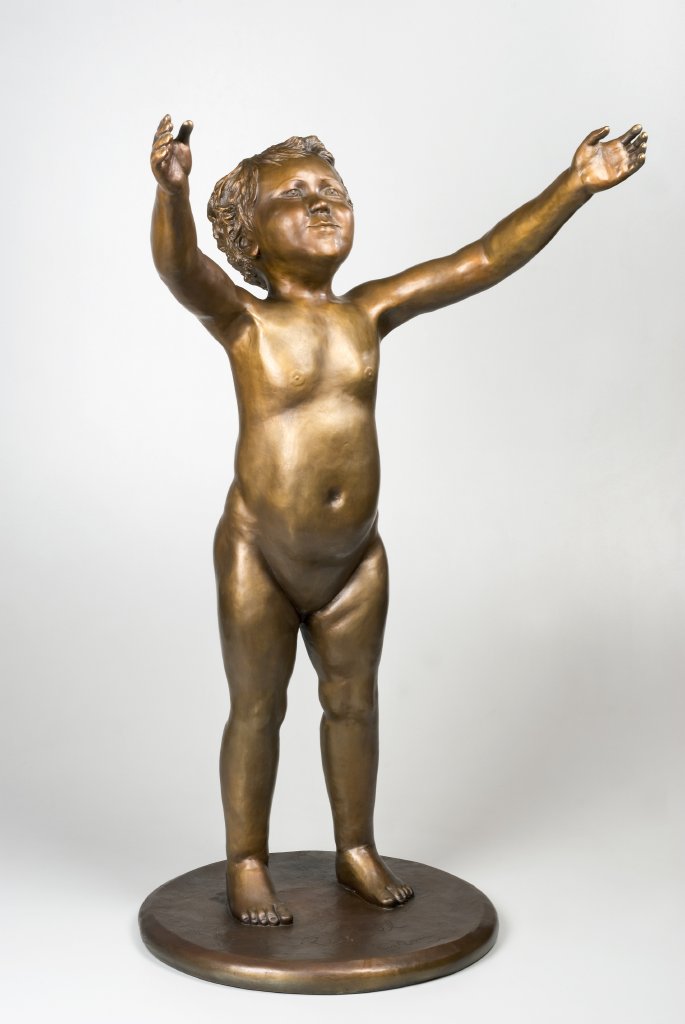 This sculpture of a two year old girl captures the moment she ran from the bathtub to greet her daddy as he came home early from work. Her parents were with me as the sculpture went from drawings to the finished clay. As I worked on sculpting her features & all the details like her fingers & face, she would sit on her moms lap eating snacks to help keep her focused. 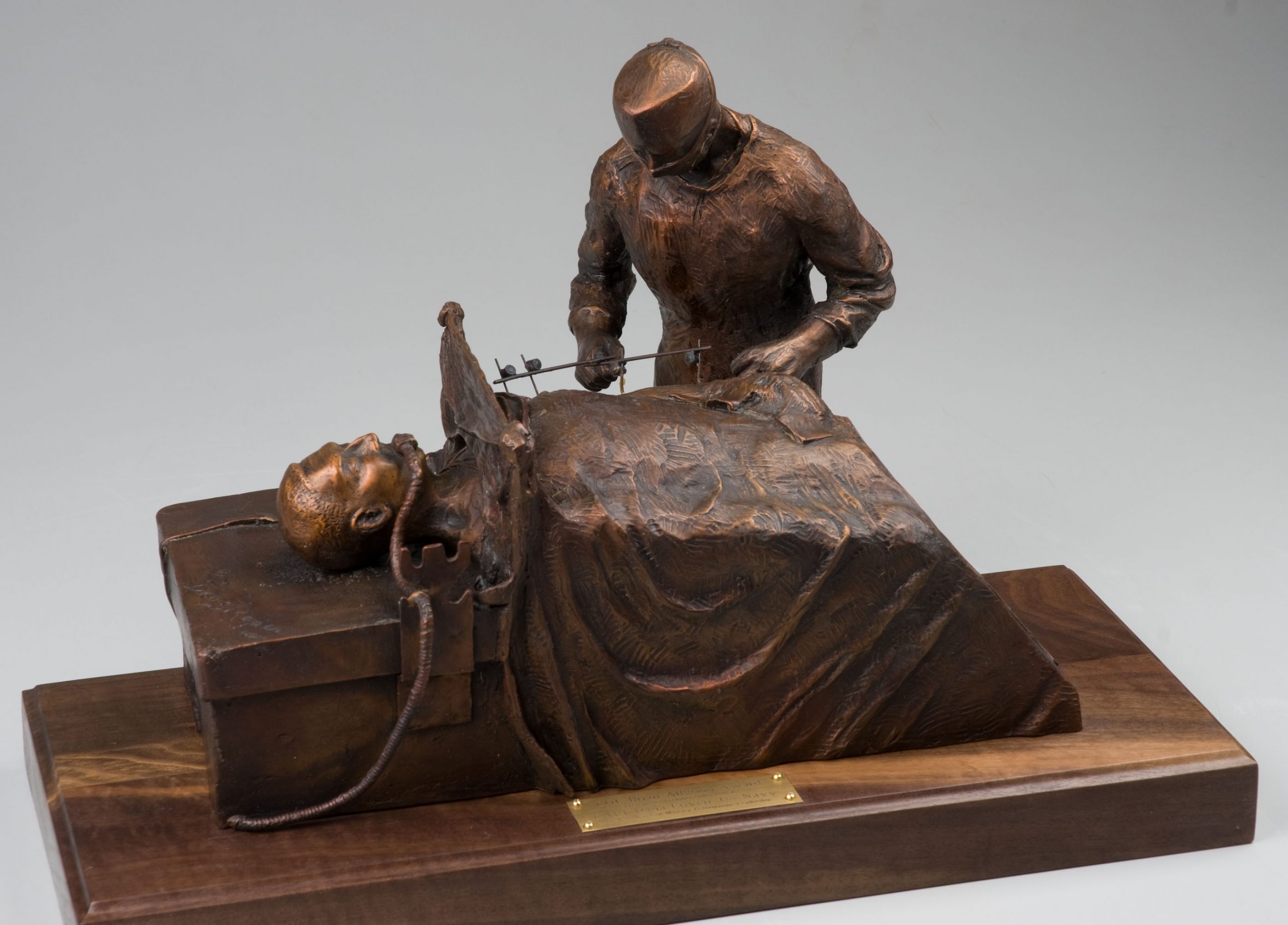 This sculpture depicts Colonel Allgood in scrubs installing an “external stabilizer” on the left arm of a wounded soldier. The crest of SOMOS is imposed diagonally at one end of the bronze.

Colonel Allgood served his country as an Orthopaedic surgeon and a champion for the wounded warrior. He was killed in combat in Iraq on January 20, 2007. 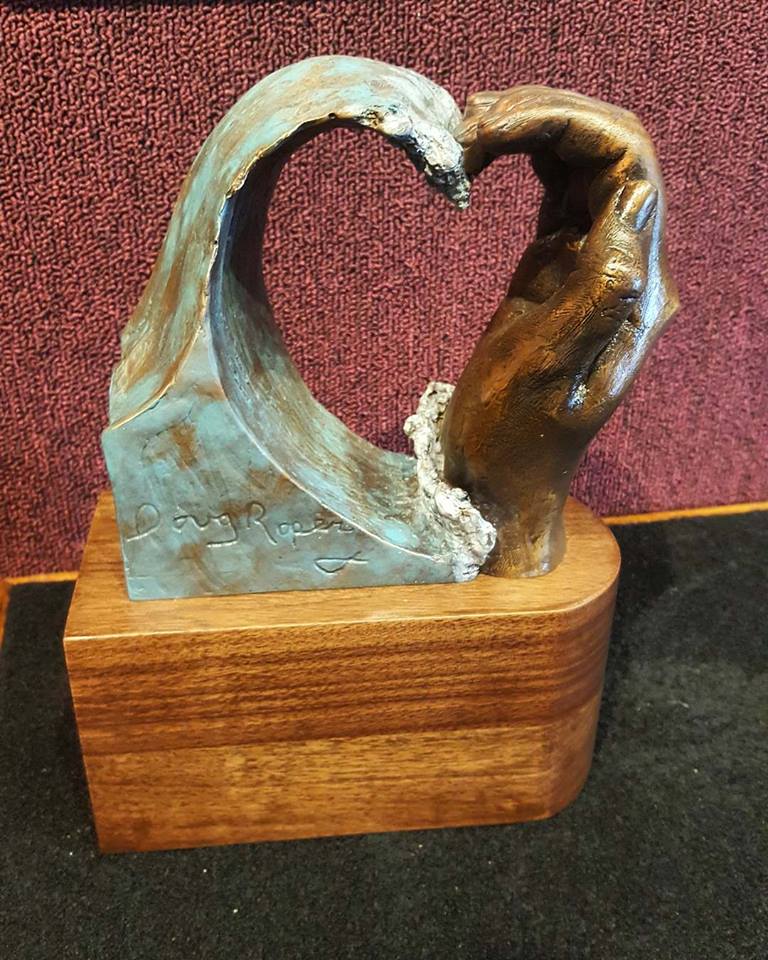 This sculpture is the Maquette of the 5’ X 6’ sculpture commissioned by the University of the Incarnate Word & placed in front of the Mabee Library in 2018 as a student body Legacy Project. 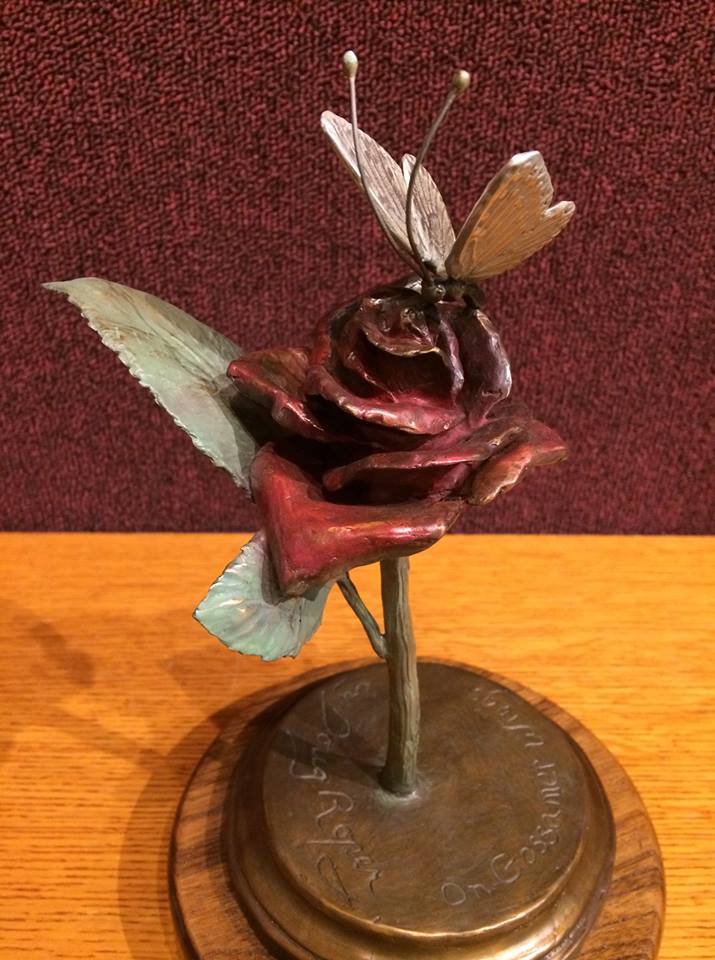 This unique sculpture is a concept piece for a limited edition sculpture. The sterling silver wings of this Monarch butterfly hover over the rose as it drinks the sweet nectar for its long migration from Mexico to Canada & back.

Approximately 8 “H bronze setting on a 6 “round base.